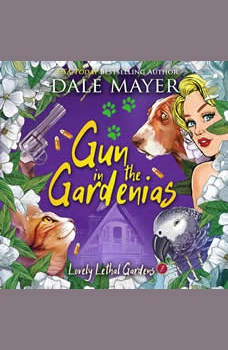 Flush with success from solving a decade-old kidnapping case, Doreen can’t wait to find out what’s next in her one-woman crusade to clean up Kelowna’s cold crimes. But, before she can unearth another old case to sink her teeth into, she must tie up some loose ends from the last one.

Steve Albright, fixer for the local biker gang, has made it clear that he blames Doreen for sending his friend Penny Jordan to prison. Steve even suggests that Doreen might have set up Penny Jordan. While Doreen wouldn’t do that, she’s afraid that other people might believe Steve. He’s a popular figure in town and has a lot of friends, many of whom Doreen doesn’t want to get any closer to than she must.

At least Steve doesn’t have his gun anymore, having dropped that in Doreen’s neighbor’s gardenia bed while she chased him from her yard. Which makes Doreen think that maybe it’s safe to dig into Steve’s past. Until she uncovers a connection to three arson cases from years ago and is warned off by Corporal Mack Moreau.

But Doreen’s never listened to Mack before, and it has all worked out thus far, so it’s not like she has to listen to him now. Right?