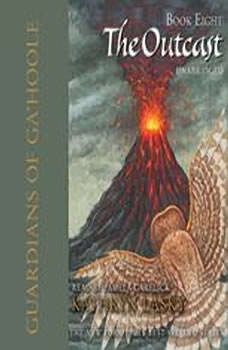 Nyroc has exiled himself from the Pure Ones. He flies alone, feared and despised by those who know him as Kludd's son, hunted by those whose despotism he has rejected, and haunted by ghostly creatures conjured by Nyra to lure him back to the Pure Ones. He yearns for a place he only half believes inthe great treeand an unclethe nearmythic Sorenwho might be a true father to him. Yet he cannot approach the tree while the rumor of evil still clings to him. To prove his worth, Nyroc will fly to The Beyond the Beyond to seek the legendary Relic as a talisman of his own.