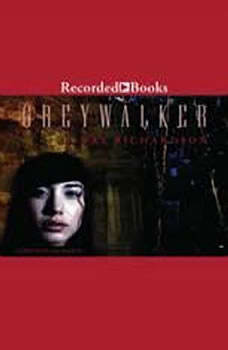 Kat Richardson excels at creating vivid, fast-moving novels that blend urban fantasy with paranormal mystery. In Greywalker, Seattle P.I. Harper Blaine is viciously attacked and murdered—but after exactly two minutes, somehow she returns to life. Now she’s seeing strange things all around her—dark visions from the shadow world—and living a normal life may no longer be possible no matter how hard she tries.

Richardson mixes urban fantasy with a female detective but avoids many of the cliches common to both genres. The end result is a strong female lead who is self-confident and intelligent, trying to figure out the mysteries she's been hired to solve at the same time that she's trying to figure out her own changed identity. After being almost killed in a work-related attack, Harper is left with the ability to see into the supernatural world, and supernatural characters can now see her. Harper also has a strong set of ethics, and a major theme in this novel is exploring the responsibilities that those with power and knowledge have toward those who don't. Unlike a lot of urban fantasy, the tone of this work is serious, and there are no sex scenes, which I appreciated. My biggest criticism is that I got a little tired of all the supernatural mystery. Surely if the character is able to have a showdown with a Master Vampire, she could find someone to answer a few questions for her about the supernatural world. I still found the novel engaging and will read the next one in the series.