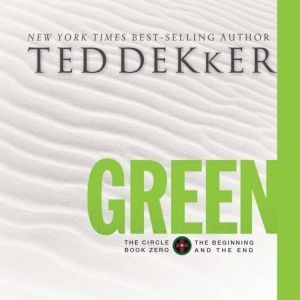 Four Novels. Two Worlds. One Story. As foretold by ancient prophets, an apocalypse destroyed Earth during the twenty-first century. But two thousand years later, Elyon set upon the earth a new Adam. This time, however, He gave humanity an advantage. What was once unseen became seen. It was good and it was called . . . Green. But the evil Teeleh bided his time in a Black Forest. Then, when least expected, a twenty-four year old named Thomas Hunter fell asleep in our world and woke up in that future Black Forest. A gateway was opened for Teeleh to ravage the land. Devastated by the ruin, Thomas Hunter and his Circle swore to fight the dark scourge until their dying breath. Now The Circle has lost all hope. Samuel, Thomas Hunter’s cherished son, has turned his back on his father. He gathers the dark forces to wage a final war. Thomas is crushed and desperately seeks a way back to our reality to find the one elusive hope that could save them all. Enter an apocalyptic story like none you have read. A story with links to our own history so shocking that you will forget you are in another world at all. Welcome to GREEN. Book Zero.