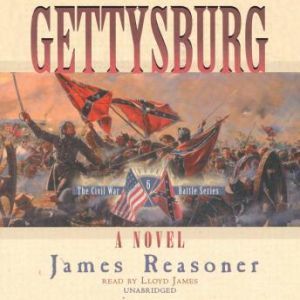 Gettysburg is the sixth in a tenbook series spanning the Civil War and describing its effects on one Southern family.

Stonewall Jackson was dead, but Confederate morale was never higher. Will and Mac, the two eldest Brannon sons, are in the ranks of the Stonewall Brigade and Jeb Stuart's cavalry. As Jacksons former corps marches up the Shenandoah Valley, Lee's army follows, and they eventually clash at Gettysburg. Will is kept in the thick of the combat around Culp's Hill, while Mac sees action with the Southern cavalry at Hanover. Both are swallowed up in the melee of the fighting, and neither emerges unscathed.

Bruised and bleeding, the Confederate army stumbles back into Virginia, a fourth of their number dead. As news spreads of the defeat and the huge number of casualties, the Brannon clan in Culpeper County anxiously awaits word on the fates of two sons.