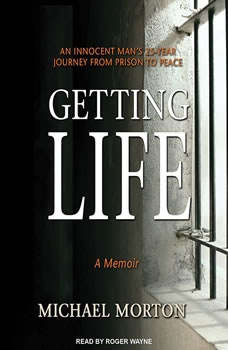 Getting Life: An Innocent Man’s 25-Year Journey from Prison to Peace

On August 13, 1986, just one day after his thirty-second birthday, Michael Morton went to work at his usual time. By the end of the day, his wife Christine had been savagely bludgeoned to death in the couple's bed—and the Williamson County Sherriff's office in Texas wasted no time in pinning her murder on Michael, despite an absolute lack of physical evidence. Michael was swiftly sentenced to life in prison for a crime he had not committed. Drawing on twenty-five years of recollections, court transcripts, and more than one thousand pages of personal journals he wrote in prison, Michael recounts the hidden police reports about an unidentified van parked near his house that were never pursued; the treasure trove of evidence, including a bandana with the killer's DNA on it, that was never introduced in court; the call from a neighboring county reporting the attempted use of his wife's credit card that was given to local police; and, ultimately, how Michael battled his way through the darkness to become a free man once again.