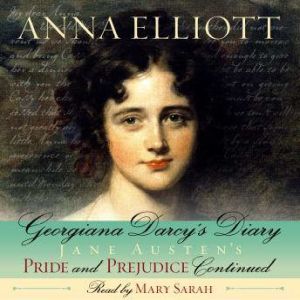 Mr. Darcy's younger sister searches for her own happily-ever-after... The year is 1814, and it is springtime at Pemberley. Elizabeth and Mr. Darcy have married. But now a new romance is in the air, along with high fashion, elegant manners, scandal, deception, and the wonderful hope of a true and lasting love. Shy Georgiana Darcy has been content to remain unmarried, living with her brother and his new bride. But Elizabeth and Darcy's fairy-tale love reminds Georgiana daily that she has found no true love of her own. And perhaps never will, for she is convinced the one man she secretly cares for will never love her in return. Georgiana's domineering aunt, Lady Catherine de Bourgh, has determined that Georgiana shall marry, and has a list of eligible bachelors in mind. But which of the suitors are sincere, and which are merely interested in Georgiana's fortune? Georgiana must learn to trust her heart--and rely on her courage--for she also faces the return of the man who could ruin her reputation and spoil a happy ending, just when it finally lies within her grasp. Georgiana Darcy's Diary is Book 1 of the Pride and Prejudice Chronicles and is appropriate for all ages.