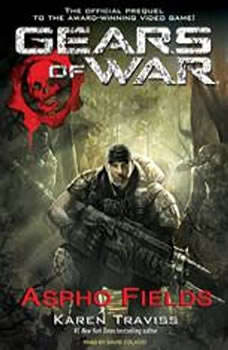 As kids, the three of them were inseparable; as soldiers, they were torn apart. Marcus Fenix and Dominic Santiago fought alongside Dom's elder brother Carlos at Aspho Fields in the epic battle that changed the course of the Pendulum Wars. There's a new war to fight now, a war for mankind's very survival. But while the last human stronghold on Sera braces itself for another onslaught from the Locust Horde, ghosts come back to haunt Marcus and Dom. For Marcus—decorated war hero and convicted traitor—the return of an old comrade threatens to dredge up an agonizing secret he has sworn to keep. As the beleaguered Gears of the Coalition of Ordered Governments take a last stand to save mankind from extermination, the harrowing decisions made at Aspho Fields have to be relived and made again. Marcus and Dom can take anything the Locust Horde throws at them, but will their friendship survive the truth about Carlos Santiago?