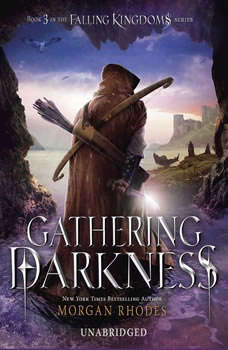 War brought them together. Love will tear them apart.

Alliances form across Mytica and beyond as royals and rebels alike race to hunt down the Kindred—the four elemental crystals that give their owners god-like power. The stakes have never been higher for Magnus and Cleo, who are brought together by a life or death decision that will lock their fates and change the course of the kingdom forever.