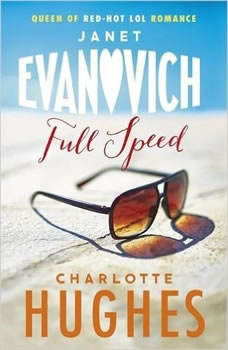 A novel brimming with nonstop action, quirky characters, sexy highjinks, and sharp humorWelcome to Full Speed by Janet Evanovich and Charlotte Hughes. You'll fall in love with Jamie Swift and Max Holt, one dynamic duo who can't seem to escape trouble—and an irresistible attraction—as you follow them from one adventure to another. Newspaper editor Jamie Swift likes a little predictability in her life. When she suddenly finds herself minus a fiance and with a major case of the hots for her silent partner, millionaire Maximillian Holt, any bit of predictability goes right out the window. Max is like a tornado, turning her well-ordered world upside down. Now someone's unhappy with Max's recent business deal—dangerously unhappy. Before she knows it, Jamie's hotfooting across state lines to help Max and land a story. But Sweet Pea, Tennessee harbors some smelly secrets, many of which reside under the big tent of revivalist Harlan Rawlins, whose link to the Almighty rides shotgun with his Mob connections.Posing as husband and wife, with computer genius Muffin and a mutt named Fleas along for the ride, Max and Jamie are in the middle of another crazy case, closer than ever to each other—and too close for comfort to the kind of people who will do anything to stop them.