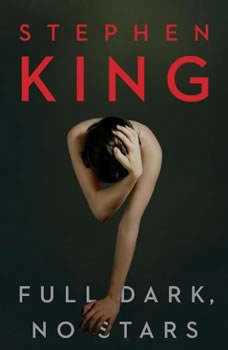 Includes the story “1922”—now a Netflix original film starring Thomas Jane and Molly Parker. Four unforgettable novellas that explore the dark side of human nature from the #1 New York Times bestselling author Stephen King."Does anybody really know anybody? Before tonight she certainly would have thought so." In "1922," a violence awakens inside a man when his wife proposes selling off the family homestead, setting in motion a grisly train of murder and madness. A mystery writer is brutally assaulted in "Big Driver" by a stranger along a Massachusetts back road and plots a revenge that will bring her face-to-face with another stranger: the one inside herself. In "Fair Extension," making a deal with the devil not only saves a man from terminal illness but also provides rich recompense for a lifetime of resentment. Finally, the trust forged by more than twenty years of matrimony is irrevocably shattered when a woman makes a chance discovery leading to the horrifying implications of just who her husband really is in "A Good Marriage."

Dating with Allergies
by Martin Lundqvist