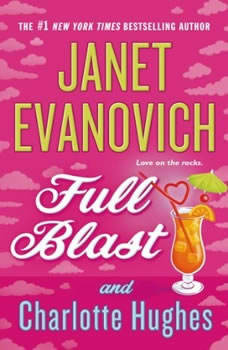 From bestselling authors Janet Evanovich and Charlotte HughesThe next in the hot new Full series featuring Max Holt and Jamie Swift—filled with even more fast-paced action, crazy characters, steamy sex, suspense, and non-stop hilarityThis time the town of Beaumont, South Carolina, is going to hell in a hand basket. It all starts when Jamie decides to increase revenues for her newspaper by starting a personal ads section. Suddenly, the town gets "all sexed up." The local Chinese-food joint starts creating risque fortune cookies. A trashy lingerie shop opens. The bakery starts making pornographic pastries. Everyone gets the idea that sex sells. But someone has more sinister objectives. Several "unlikable" townsfolk end up dead. And the key to the murders is connected to Jamie's newspaper—especially the personal ads. Enlisting the help of the ever-so-sexy Max Holt, Jamie and Max have to battle raging hormones, a heat wave, a murderous villain, and non-stop attraction for each other in a novel where it's not just the air conditioners going full blast!

I always love Janet Evanovich and this one was gret