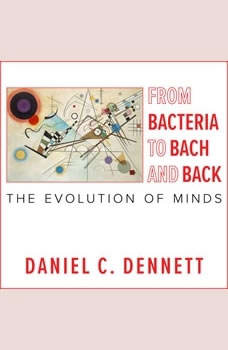 From Bacteria to Bach and Back: The Evolution of Minds

What is human consciousness and how is it possible? This question fascinates thinking people from poets and painters to physicists, psychologists, and philosophers. From Bacteria to Bach and Back is Daniel C. Dennett's brilliant answer, extending perspectives from his earlier work in surprising directions, exploring the deep interactions of evolution, brains, and human culture. Part philosophical whodunit, part bold scientific conjecture, this landmark work enlarges themes that have sustained Dennett's legendary career at the forefront of philosophical thought. In his inimitable style?laced with wit and arresting thought experiments?Dennett shows how culture enables reflection by installing a bounty of thinking tools, or memes, in our brains. Language, itself composed of memes, turbocharged this interplay. The result, a mind that can comprehend the questions it poses, emerges from a process of cultural evolution. An agenda-setting book for a new generation of philosophers and other researchers, From Bacteria to Bach and Back will delight and entertain anyone who hopes to understand human creativity in all its wondrous applications.

Every Time I Find the Meaning of Life...
by Daniel Klein