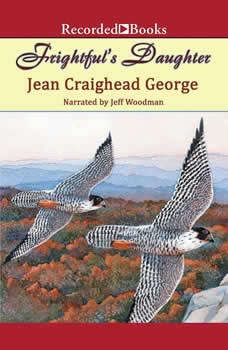 Series: My Side of the Mountain #4

Oksi-the daughter of the legendary falcon Frightful- does things her own way. And when a poacher climbs the steel girders of a bridge to Frightful's nest, Oksi's refusal to act like her brothers keeps her from being captured. Unfortunately, Frightful (who can't count) thinks the man has stolen all of her babies, and she abandons the nest. Luckily, Frightful's friend Sam Gribley comes to Oksi's aid. This delightful continuation of the story from Frightful's Mountain (RB# 96327) serves as a great introduction for young readers to the lessons of forest life.