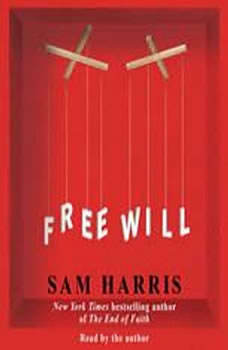 The physiologist Benjamin Libet famously demonstrated that activity in the brain's motor regions can be detected some 300 milliseconds before a person feels that he has decided to move. Another lab recently used fMRI data to show that some 'conscious' decisions can be predicted up to 10 seconds before they enter awareness (long before the preparatory motor activity detected by Libet). Clearly, findings of this kind are difficult to reconcile with the sense that one is the conscious source of one's actions. The question of free will is no mere curio of philosophy seminars. A belief in free will underwrites both the religious notion of 'sin' and our enduring commitment to retributive justice. The Supreme Court has called free will a 'universal and persistent' foundation for our system of law, distinct from 'a deterministic view of human conduct that is inconsistent with the underlying precepts of our criminal justice system' (United States v. Grayson, 1978). Any scientific developments that threatened our notion of free will would seem to put the ethics of punishing people for their bad behavior in question. The great worry is that any honest discussion of the underlying causes of human behavior seems to erode the notion of moral responsibility. If we view people as neuronal weather patterns, how can we coherently speak about morality? And if we remain committed to seeing people as people, some who can be reasoned with and some who cannot, it seems that we must find some notion of personal responsibility that fits the facts. And yet the facts don't support the idea that we are the authors of our own actions.We are conscious of only a tiny fraction of the information that our brains process in each moment. While we continually notice changes in our experience'in thought, mood, perception, behavior, etc.'we are utterly unaware of the neural events that produce these changes. In fact, by merely glancing at your face or listening to your tone of voice, others are often more aware of your internal states and motivations than you are. The problem is that no account of causality leaves room for free will'thoughts, moods, and desires of every sort simply spring into view'and move us, or fail to move us, for reasons that are, from a subjective point of view, perfectly inscrutable. Why did I use the term 'inscrutable' in the previous sentence? I must confess that I do not know. Was I free to do otherwise? What could such a claim possibly mean? Why, after all, didn't the word 'opaque' come to mind? Well, it just didn't'and now that it vies for a place on the page, I find that I am still partial to my original choice. Am I free with respect to this preference? Am I free to feel that 'opaque' is the better word, when I just do not feel that it is the better word? Am I free to change my mind? Of course not. It can only change me. There is a distinction between voluntary and involuntary actions, of course, but it does nothing to support the common idea of free will (nor does it depend upon it). The former are associated with felt intentions (desires, goals, expectations, etc.) while the latter are not. All of the conventional distinctions we like to make between degrees of intent'from the bizarre neurological complaint of alien hand syndrome to the premeditated actions of a sniper'can be maintained: for they simply describe what else was arising in the mind at the time an action occurred. A voluntary action is accompanied by the felt intention to carry it out, while an involuntary action isn't. Where our intentions themselves come from, however, and what determines their character in every instant, remains perfectly mysterious in subjective terms. Our sense of free will arises from a failure to appreciate this fact: we do not know what we will intend to do until the intention itself arises. To see this is to realize that you are not the author of your thoughts and actions in the way that people generally suppose. This insight does not make social and political freedom any less important, however. The freedom to do what one intends, and not to do otherwise, is no less valuable than it ever was.