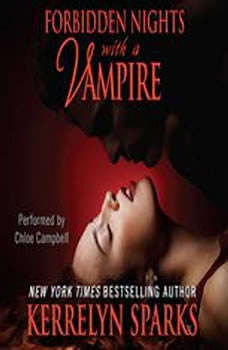 Forbidden Nights With a Vampire

Vanda Barkowski is in trouble.As the owner of a hot nightclub, she's more unconventional than most of her fellow vampires, and if some think her a little out of control, then so be it. But after three former employees filed a complaint about her temper, Vanda is sentenced to an anger management class. Worse, Phil Jones agreed to be her sponsor. Phil, the mortal who is forbidden to her . . . If Vanda knew who—or what—Phil really is, she'd reconsider her attraction to him, for his true nature is wilder than anything she'd ever imagined. He has tackled the beast within and now is the perfect person to help Vanda with her rage . . . if only he can keep his cool when she makes him so undeniably hot. But with rogue vamps on the loose, will they ever have their forbidden nights?

Forbidden Nights With a Vampire
Love at Stake #7