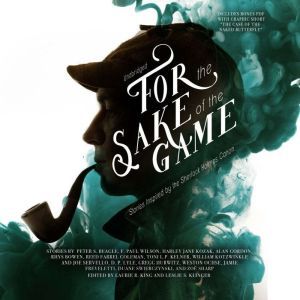 For the Sake of the Game: Stories Inspired by the Sherlock Holmes Canon

In a sensational follow-up to Echoes of Sherlock Holmes and In the Company of Sherlock Holmes, a brand-new anthology of stories inspired by the Arthur Conan Doyle canonFor the Sake of the Game is the latest volume in the award-winning series from New York Times bestselling editors Laurie R. King and Leslie S. Klinger, with stories of Sherlock Holmes, Dr. Watson, and friends in a variety of eras and forms. King and Klinger have a simple formula: ask some of the world's greatest writers-regardless of genre-to be inspired by the stories of Arthur Conan Doyle.The results are surprising and joyous. Some tales are pastiches, featuring the recognizable figures of Holmes and Watson; others step away in time or place to describe characters and stories influenced by the Holmes world. Some of the authors spin whimsical tales of fancy; others tell hardcore thrillers or puzzling mysteries. One beloved author writes a song; two others craft a melancholy tale of insectoid analysis.This is not a volume for listeners who crave a steady diet of stories about Holmes and Watson on Baker Street. Rather, it is for the generations of people who were themselves inspired by the classic tales, and who are prepared to let their imaginations roam freely.Features stories by Peter S. Beagle, Rhys Bowen, Reed Farrel Coleman, Jamie Freveletti, Alan Gordon, Gregg Hurwitz, Toni L. P. Kelner, William Kotzwinkle and Joe Servello, Harley Jane Kozak, D. P. Lyle, Weston Ochse, Zoe Sharp, Duane Swierczynski, and F. Paul Wilson 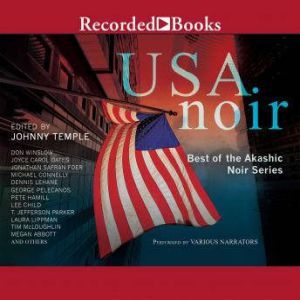