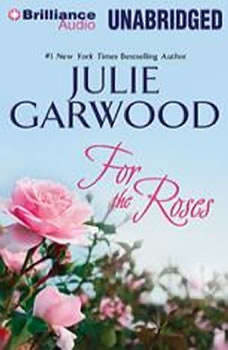 Julie Garwood’s bestselling novels of the beloved Clayborne family began with this critically acclaimed masterpiece.…The Clayborne brothers were a rough gang of street urchins—until they found an abandoned baby girl in a New York City alley, named her Mary Rose, and headed to Blue Belle, Montana, to raise her to be a lady. They became a family—held together by loyalty and love if not blood—when suddenly a stranger threatened to tear them apart.…Lord Harrison Stanford MacDonald brandished a six-shooter and a swagger, but he soon proved to be a gentleman to the core. The brothers taught him frontier survival, while Mary Rose touched his heart with a deep and desperate passion. But soon, a shattering secret would challenge everything Mary Rose believed about herself, her life, and her newfound love.

For the Roses
Claybornes' Brides #1