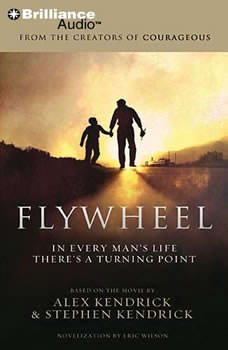 Flywheel: In Every Man's Life There's a Turning Point

Jay Austin did what it took to get ahead and make the quick sell at work. Problem was — the more successful he was, the more he traded what really mattered. His integrity. His relationship with his wife. His time with his son. He was chasing things that had no eternal significance. It wasn’t until God slowly unraveled everything that he saw how empty his life had become. Now it will take a courageous heart and a saving grace for Jay to finally turn his drive into a desire for a more authentic life with God as well as with his wife and son. In a world filled with cheap imitations that distract us from God’s higher plans, Flywheel is a powerful parable for all who hunger to live an authentic life.