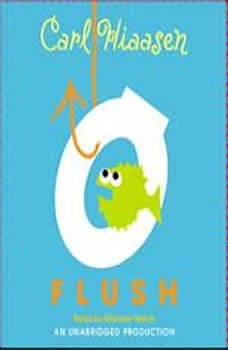 Take a romp in the swamp with this New York Times bestselling mystery adventure set in the Florida Keys from Newbery Honoree Carl Hiaasen!

Noah's dad is sure that the owner of the Coral Queen casino boat is flushing raw sewage into the harbor—which has made taking a dip at the local beach like swimming in a toilet. He can't prove it though, and so he decides that sinking the boat will make an effective statement. Right. The boat is pumped out and back in business within days and Noah's dad is in the local lock-up.

Now Noah is determined to succeed where his dad failed. He will prove that the Coral Queen is dumping illegally . . . somehow.


“The writing is pitch perfect.” —The New York Times