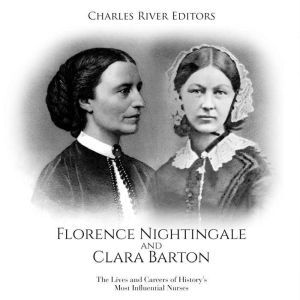 Florence Nightingale and Clara Barton: The Lives and Careers of History’s Most Influential Nurses

Today, nursing is one of the most ubiquitous professions in the world, and images of war immediately call to mind nursing the wounded, but it was not long ago that such ideas were relatively primitive. Indeed, schoolchildren are still taught about the revolutionary exploits of Florence Nightingale, the war nurse who is often credited as the founder of modern nursing. As The Times wrote of Nightingale, “She is a ‘ministering angel’ without any exaggeration in these hospitals, and as her slender form glides quietly along each corridor, every poor fellow's face softens with gratitude at the sight of her. When all the medical officers have retired for the night and silence and darkness have settled down upon those miles of prostrate sick, she may be observed alone, with a little lamp in her hand, making her solitary rounds.” Florence Nightingale first came to prominence during the Crimean War in the middle of the 19th century when she helped organize efforts to treat wounded soldiers, and the image of her doing rounds among those she treated at night became extremely popular in Europe.

The Civil War is often considered one of the first modern wars, and while technology affected what happened on the battlefield, technology and new methods also improved the way soldiers were cared for away from the front lines. Civil War medicine is understandably (and rightly) considered primitive by 21st century standards, but the ways in which injured and sick soldiers were removed behind the lines and nursed were considered state-of-the-art in the 1860s, and nobody was more responsible for that than Clara Barton, the “Florence Nightingale of America.”

Florence Nightingale and Clara Barton: The Lives and Careers of History’s Most Influential Nurses chronicles two of the most famous women of the 19th century.