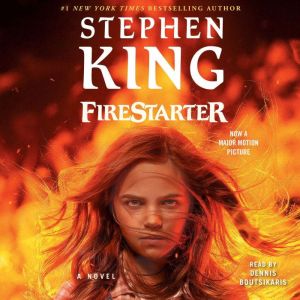 Stephen King’s “gem of a story” (Chicago Tribune) about a child with extraordinary psychic powers who is on the run from the government. A #1 national bestseller.Andy McGee and Vicky Tomlinson participated in a drug experiment run by a veiled government agency known as The Shop. One year later, they marry. Two years later, their little girl, Charlie, sets her teddy bear on fire by simply staring at it. Now that Charlie is eight, she doesn’t start fires anymore. Her parents have taught her to control her pyrokinesis, the ability to set anything—toys, clothes, even people—aflame. But The Shop knows about and wants this pigtailed “ultimate weapon.” Shop agents set out to hunt down Charlie and her father in a ruthless chase that traverses the streets of New York and the backwoods of Vermont. “Terrifying and gripping” (The Miami Herald) Firestarter is chilling proof that “Stephen King is superb” (Time).