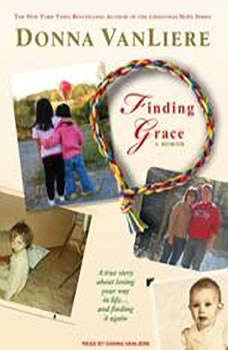 Finding Grace: A True Story about Losing Your Way in Life...and Finding It Again

Finding Grace is the powerful, often humorous, and deeply moving story of one woman's journey of broken dreams. It is the story of how a painful legacy of the past is confronted and met with peace. This book is for anyone who has struggled to understand why our desires—even the simplest ones—are sometimes denied or who has questioned where God is when we need Him most. This story is about one woman's unlikely road to motherhood. Finally, it's a book about the "undeserved gift which is life itself." It's the story of "Finding Grace." Donna VanLiere has entertained millions with her inspirational stories. In her new book, she gives us a candid look into her own life—a life filled with suffering and pain, but one that ultimately finds peace with itself.