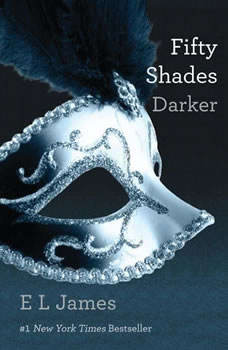 Daunted by the singular tastes and dark secrets of the beautiful, tormented young entrepreneur Christian Grey, Anastasia Steele has broken off their relationship to start a new career with a Seattle publishing house.

But desire for Christian still dominates her every waking thought, and when he proposes a new arrangement, Anastasia cannot resist. They rekindle their searing sensual affair, and Anastasia learns more about the harrowing past of her damaged, driven and demanding Fifty Shades.

While Christian wrestles with his inner demons, Anastasia must confront the anger and envy of the women who came before her, and make the most important decision of her life.

The Sacrifice
by Evangeline Anderson

A Table for Three
by Lainey Reese

I absolutely love the book...........and the others as well. Have not been this much into reading since forever ago. Thank you EL James - And thank (f) to my Christian. I'm passed obsessed.

Book two was just as good as book one. The characters are very interesting and love to watch them interact with eacy other. Love the emails too.