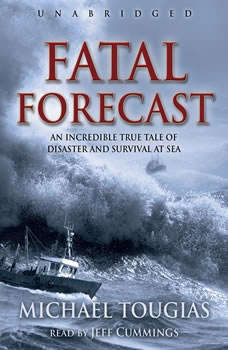 Fatal Forecast: An Incredible True Story of Disaster and Survival at Sea

Fatal Forecast chronicles a dramatic fight for survival aboard two small fishing boats that were caught in a horrific surprise storm off of Cape Cod. Soon after the Fair Wind and the Sea Fever reached the fishing ground at Georges Bank, they were hit with hurricane-force winds and massive ninety-foot waves that battered the boats for hours and made it impossible to turn back. The Fair Wind soon capsized, drowning all but one of the crewmembers. The Sea Fever was nearly torn apart. Here is the hour-by-hour account of the struggles faced by the boats’ crewmembers, including the incredible ordeal of Ernie Hazard, who endured three days in a lifeboat in open water. The book also details the dramatic rescue attempts made by the Coast Guard on a day in which it received more mayday calls than any other in New England history.

In the early nineteenth century, many Americans were looking for an alternative to the Puritanism that had been the foundation of the new country. Amid the fervor of the religious revival known as the Second Great Awakening, John Humphrey Noyes, a s...

Summary of Killing England: The Brutal Struggle for American Independence by Bill O'Reilly
by Readtrepreneur Publishing

Killing England: The Brutal Struggle for American Independence by Bill O'Reilly - Book Summary - Readtrepreneur(Disclaimer: This is NOT the original book, but an unofficial summary.)Take a trip back to the most important era in America's history Kil...