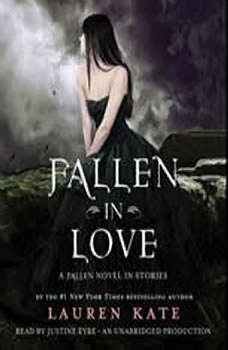 Fallen in Love: A Fallen Novel in Stories

Unexpected. Unrequited. Forbidden. Eternal. Everyone has their own love story.

And in a twist of fate, four extraordinary love stories intersect over the course of a romantic Valentine’s Day in medieval England. Miles and Shelby find love where they least expect it. Roland learns a painful lesson about finding and losing love. Arriane pays the price for a love so fierce it burns. And for the first—and last—time, Daniel and Luce spend a night together like none other.

Lauren Kate’s FALLEN IN LOVE is filled with love stories . . . the ones everyone has been waiting for.

And go back to where it all began with FALLEN, the first book in the worldwide bestselling Fallen series -- now a motion picture available for streaming!

Set during the Civil War, against a backdrop of grand estates, unimaginable riches, and deadly secrets, three teenagers in Mystic Falls, Virginia enter a torrid love triangle that will span eternity. Brothers Stefan and Damon Salvatore are insepar...

The Final Conflict...The Last Deadly KissElenaNow she rises from the dead to recreate the powerful vampire trio.StefanSummoned by Elena, he keeps a promise to her and fights the most terrifying evil he's ever faced.DamonJoining the brother he once ...

Fallen in Love: A Fallen Novel in S...
Fallen