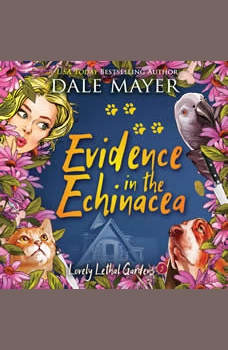 Doreen’s success at solving murders has hit the newswires across the country, but all Doreen wants is to be left alone. She has antiques to get to the auction house and a relationship with Corporal Mack Moreau to work out, not to mention a new friendship to nurture with Penny, Doreen’s first friend in Kelowna, and Doreen doesn’t want to ruin things.

But when a surprise accusation won’t leave Doreen alone—about Penny’s late husband George’s death and made by one of the men Doreen helped put away—she thinks that maybe it can’t hurt to just take a quick look into her new friend’s past.

Before Doreen knows it, she’s juggling a cold case, a closed case, and a possible mercy killing … along with cultivating her relationships with Penny, Mack, and Doreen’s pets: Mugs, the basset hound; Goliath, the Maine coon cat, and Thaddeus, the far-too-talkative African gray parrot. And while Mack should be used to Doreen’s antics by now, when she dives into yet another of his cases it’s becoming increasingly hard to take ...