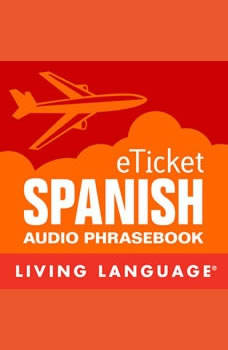 Learn all of the words and phrases a traveler needs to know! eTicket Spanish is a simple and practical Latin American Spanish audio phrasebook that covers all of the travel essentials. You’ll be able to greet people, ask for directions, order at a restaurant, go shopping, and more. Plus, there’s plenty of repetition and easy access to the phrases you need to get the most out of your trip.

You can go to www.livinglanguage.com for a complete list of the vocabulary presented in eTicket Spanish.

Content from this program has been revised and adapted from In-Flight Spanish.