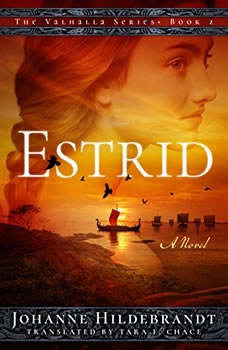 The epic Valhalla saga continues as bloody power struggles sweep across the Nordic lands and a Viking queen’s daughter must forge her own destiny.Fearless Queen Sigrid wants her twin children to fulfill their destinies: her son, Olaf, to become heir to the kingdom of Svealand, and her gifted daughter, Estrid, to secure passage to the underworld as she is promised to Hel, the Norse goddess of death. But Olaf’s ascension to the throne depends on Sigrid’s former husband, King Erik the Victorious, who despises her and suspects the twins are not his but Sweyn Forkbeard’s, Denmark’s exiled king.As long as the Danish throne is in question, Christian kingdoms and pagan clans battle for control. As Sigrid and her people await Erik’s return from war, a cross-worshipper is taken captive, whose strange power over Estrid sways her to question her al-legiance to the death goddess. When Estrid is kidnapped, Sigrid vows to rescue her—at any cost.