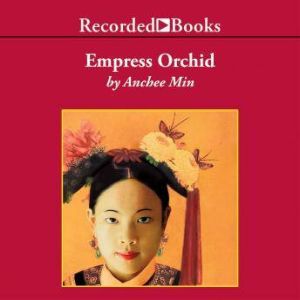 The critically acclaimed author, Anchee Min, paints a fresh portrait of the last Chinese empress in this brilliantly fictionalized tale set during the waning days of the empire. Seventeen-year-old Orchid belongs to an aristocratic family that has fallen on hard times. Unexpectedly, she is chosen as one of the emperor's lesser concubines. Within the Forbidden City are thousands of women hoping to bear the emperor a son and become his empress. Orchid, determined and resourceful, schemes her way into the royal bed and seduces the emperor. But as the opium trade erodes the might of the Ch'ing dynasty, Orchid find herself at the center of a crumbling nation. A colorful depiction of one of history's least understood women, The Empress Orchid is another enthralling masterpiece for Anchee Min.