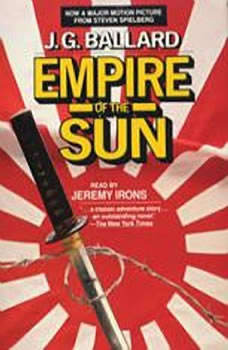 Empire of the Sun

The classic, award-winning novel, made famous by Steven Spielberg's film, tells of a young boy's struggle to survive World War II in China. Jim is separated from his parents in a world at war. To survive, he must find a strength greater than all the events that surround him. Shanghai, 1941 -- a city aflame from the fateful torch of Pearl Harbor. In streets full of chaos and corpses, a young British boy searches in vain for his parents. Imprisoned in a Japanese concentration camp, he is witness to the fierce white flash of Nagasaki, as the bomb bellows the end of the war...and the dawn of a blighted world. Ballard's enduring novel of war and deprivation, internment camps and death marches, and starvation and survival is an honest coming-of-age tale set in a world thrown utterly out of joint.