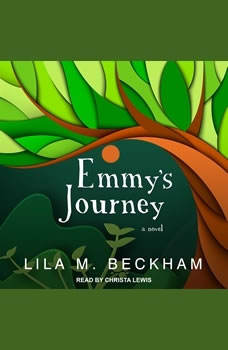 In the summer of 1865, Emmaline Gulledge is eleven years old and stubborn as a mule. Determined to do exactly what she sets her mind to, she explores the mountains and valleys around her home with an unquenchable thirst for knowledge and a keen eye that misses nothing. When her mother dies, Emmaline, Emmy for short, is thrust into the mystical, spiritual world of her mother's native peoples, the Tsalagi, better known as the Cherokee. Given the power of observation and shape shifting by her immortal great-great-grandfather Two Feathers, who is the keeper of the Sacred Fire's Ashes, Emmy is told that she must carry on her mother's duties and is charged with the task of becoming the family "Ka no he ha Ka no Ge sdi," the Storyteller. She is supposed to remember and pass down her family's history and tell about their ancestors. As Emmy grows older and matures, her explorations become more advanced. She discovers a hidden path that takes her beyond an ancient willow tree to a layer of the world that at first seems much like her own, but she soon discovers that it is quite different . . . When she stays longer than allowed a mortal, she discovers that her grandfather can travel between space and time and communicate with all peoples between the layers of her world. Emmy's Journey is a voyage through time and into the mysterious spiritual and mystical realms of the Cherokees, and a world that most never know exists.