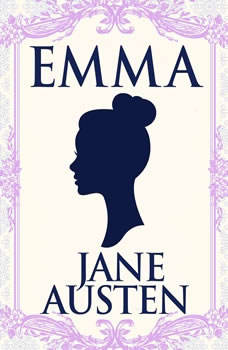 Emma is a literary classic by Jane Austen following the genteel women of Georgian-Regency England in their most cherished sport: matchmaking. Emma is spoiled, headstrong, and self-satisfied. After a couple she has introduced gets married, she greatly overestimates her own matchmaking abilities and, blind to the dangers of meddling in other people's lives, proceeds to forge ahead in her new interest despite objections. What follows is a comedy of manners, in which Emma repeatedly counsels her friends for or against their marriage prospects, absent any notice of their true emotions or desires. This story is often cited as a personal favorite of critics and literary historians, and Emma is set apart from other Austen heroines by her seeming immunity to romantic attraction.

Someone to Watch Over Me is a classic tale from New York Times bestselling author Lisa Kleypas. In this Regency romance, Kleypas, the author of Seduce Me at Sunrise, tells the story of a scandalous beauty with no memory of who she is and the man det...