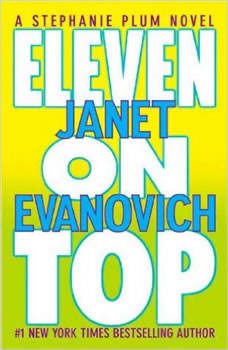 Here together for the first time on CD is the continuation of Kinsey Millhone’s adventures…"D" Is for Deadbeat Alvin Limardo hires Kinsey Millhone to deliver $25,000 to a fifteen-year-old kid. Seems pretty straightforward; or i...

Bounty hunter Stephanie Plum’s life is set to blow sky high when international murder hits dangerously close to home, in this dynamite novel by Janet Evanovich. Before Stephanie can even step foot off Flight 127 Hawaii to Newark, she&rsqu...

Amaryllis Coltraine may have recently transferred to the New York City police force from Atlanta, but she’s been a cop long enough to know how to defend herself against an assailant. When she’s taken down just steps away from her apartme...