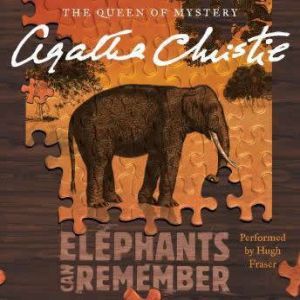 A classic Hercule Poirot investigation, Agatha Christie’s Elephants Can Remember has the expert detective delving into an unsolved crime from the past involving the strange death of a husband and wife.Hercule Poirot stood on the clifftop. Here, many years earlier, there had been a fatal accident followed by the grisly discovery of two bodies—a husband and wife who had been shot dead.But who had killed whom? Was it a suicide pact? A crime of passion? Or cold-blooded murder? Poirot delves into the past and discovers that “old sins leave long shadows.”

British Actor John Moffatt is a pleasure to listen to. Ariadne Oliver, asks Hercule Poirot to investigate a 12 year old murder suicide. Ariadne Oliver & Hercule Poirot make a great team. I always enjoy an Agatha Christie story with Ms. Oliver. This book has it all, greed, jealousy, murder, and lots of mystery. I highly recommend it. 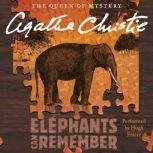