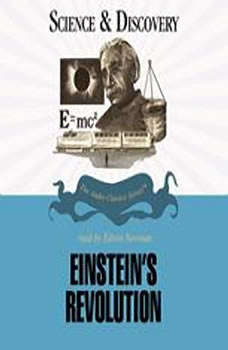 In 1905, Albert Einstein published his Special Theory of Relativity, followed by the General Theory of Relativity in 1916. He firmly established (1) the idea that all judgement about motion is a matter of perspective; (2) that energy and mass are interrelated (E=mc2); and (3) that nothing can move faster than the speed of light (which does not vary). Einsteins theory of the space time continuum was dramatically confirmed in a 1919 experiment during a solar eclipse. Relativity is a concept rooted in the tension between appearance and reality, and it reaches far back in history. Heraclitus argued that only change is real; Parmenides argued that change is impossible, and his follower Zeno invented paradoxes illustrating many of the problems in concepts like space, time, and infinity. Protagoras even argued that there is no single, correct view of reality, but that reality for any person is precisely as it seems to that person. In his words, Man is the measure of all things. Plato used mathematical reasoning to discern reality from mere appearance, and modern natural science emerged from centuries of effort to acquire objective knowledge. The greatest scientists of the Renaissance and Enlightenment including Copernicus, Kepler, Galileo, and Newton believed that some real or absolute space and time are independent of the senses. But Immanuel Kant, J.C. Maxwell, Ernest Mach and Henri Poincare chipped away at this idea in the 18th and 19th centuries.