#1 NEW YORK TIMES BESTSELLER • An unforgettable memoir about a young girl who, kept out of school, leaves her survivalist family and goes on to earn a PhD from Cambridge University

Book Club Pick for Now Read This, from PBS NewsHour and The New York Times • Longlisted for the Carnegie Medal for Excellence in Nonfiction

“A coming-of-age memoir reminiscent of The Glass Castle.”—O: The Oprah Magazine

“Beautiful and propulsive . . . Despite the singularity of [Westover’s] childhood, the questions her book poses are universal: How much of ourselves should we give to those we love? And how much must we betray them to grow up?”—Vogue

Born to survivalists in the mountains of Idaho, Tara Westover was seventeen the first time she set foot in a classroom. Her family was so isolated from mainstream society that there was no one to ensure the children received an education, and no one to intervene when one of Tara’s older brothers became violent. When another brother got himself into college, Tara decided to try a new kind of life. Her quest for knowledge transformed her, taking her over oceans and across continents, to Harvard and to Cambridge University. Only then would she wonder if she’d traveled too far, if there was still a way home.

“Heart-wrenching . . . a beautiful testament to the power of education to open eyes and change lives.”—Amy Chua, The New York Times Book Review

“Tara Westover’s one-of-a-kind memoir is about the shaping of a mind. . . . She evokes a childhood that completely defined her. Yet it was also, she gradually sensed, deforming her.”—The Atlantic

“A subtle, nuanced study of how dysfunction of any kind can be normalized even within the most conventional family structure, and of the damage such containment can do.”—Financial Times 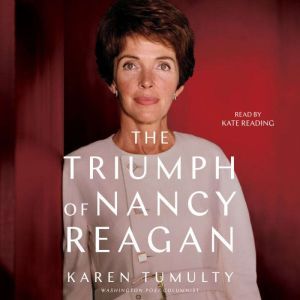 Sometimes you read about individuals who make you wonder how have they survived through the various situations they experience in their lives. American author, Tara Westover, is one such person. She was born in 1986 in Idaho, where her parents lived a survivalist lifestyle. They were against many traditional ways, such as medicine, and public education. They were very suspicious people, who wanted nothing to do with the federal government as well. Tara did not have a birth certificate until she was nine years old, and did not step foot in a school until she was seventeen. At that point, she decided to obtain her education on her own.

Westover graduated with honors from Brigham Young University, Cambridge University, and Harvard University. She is considered a memoirist, essayist, and historian. Her memoir, Educated, published in 2018 debuted as #1 on the New York Times bestsellers list. Westover has won several awards for her memoir, including The New York Times 10 Best Books of 2018, and Time Magazine's 100 Most Influential People of 2019.

When she was at home growing up, one brother taught her to read. However, she came to admit to her parents that an older brother had physically and psychologically abused her since she was fifteen years old. Her parents denied her claim, and said she was under the influence of Satan. She is estranged from them permanently. The horror of that experience and her self-directed education has given her the subject of her memoir.