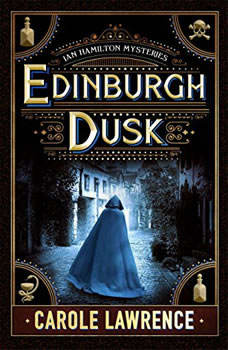 The prize-winning author of Edinburgh Twilight returns to the darkening shadows of nineteenth-century Scotland to track a killer on a profane mission of revenge.A wicked Scottish winter has just begun when pioneering female physician Sophia Jex-Blake calls on Detective Inspector Ian Hamilton to investigate the suspicious death of one of her patients—a railroad lineman who she believes succumbed to the horrific effects of arsenic poisoning. The most provocative aspect of the case doesn’t escape Hamilton: the married victim’s numerous sexual transgressions.Now, for the first time since the unexplained fire that killed his parents, Hamilton enters the Royal Infirmary to gain the insights of brilliant medical student Arthur Conan Doyle. Then a second poisoning occurs—this time, a prominent banker who died in the bed of a prostitute. It appears that someone is making Edinburgh’s more promiscuous citizens pay for their sins.As the body count rises and public panic takes hold, Hamilton and Doyle delve into the seedy underbelly of the city, where nothing is as it seems, no one is immune to murder, and even trusted friends can be enemies in disguise.