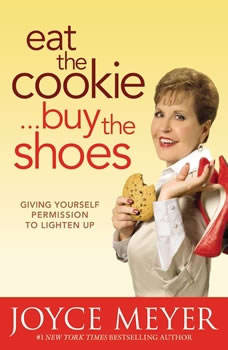 Eat the Cookie...Buy the Shoes: Giving Yourself Permission to Lighten Up

Engrained in our culture is the belief that unbending discipline is the only sure way to success. You must go to the gym five times a week, never order the dessert, and don't even think about buying that dress you keep staring at in the store window. Breaking from such a regimented lifestyle is a sign of weakness, right? Wrong!-and Joyce wants to tell us why...Though setting rules in our lives are important, it's just as important that we break them from time-to-time. Structure is a powerful tool, but when diverging from your own goals is seen as catastrophic, it can have a hugely negative effect on us. Balance is a core value in life and every once in awhile we deserve to indulge in a guilty pleasure or two. So don't feel bad about straying from your goals every once-in-awhile and in fact, embrace it: eat the cookie and buy the shoes!