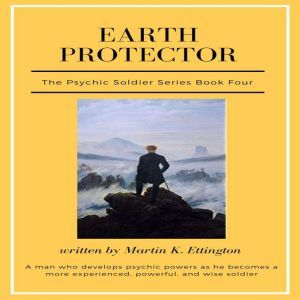 Welcome to this new series about Tristin Morgan the Psychic Soldier and his exciting adventures growing up in the nineteenth century. He learns to fight as a soldier and acquires real psychic abilities to help him in his fights.These abilities are real and the Author has written extensively about spiritual and psychic development since he is worldwide authority on these subjects. (See my nonfiction books such as “God Like Powers & Abilities.” to learn more.)In Book 4 it is now the early twenty first century and a war with the alien Aldebaran Empire is coming soon. Tristin is Director of the Allied Earth Protective Force and we are building up our space navy and marine forces. Later in this book includes Earth’s first interstellar colonization effort. It is an exciting time for Tristin, his friends, and family.He also finally develops the ability to Teleport and it has many incredible implications.Finally, is a war with a new nemesis which attacks and nearly wipes out humanity.