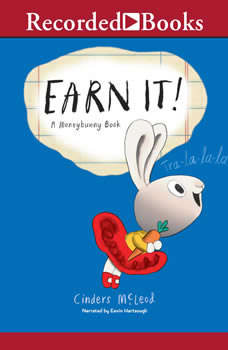 In this delightful introduction to the simple concept of earning money, an exuberant little bunny learns that fame and fortune must be earned. Bun wants to be rich and famous. She loves to sing and knows she's meant for a career on stage. It should all be pretty easy-her mom can just drive her to the concert hall to perform! But her mom reminds her that most good things, like the garden they are growing, take time and work. At first, Bun isn't terribly excited by the idea of singing lessons and practice, but as she does the math and daydreams about her future singing career, the more she starts to like the idea of earning her way to stardom-a feeling just as good as being rich and famous!