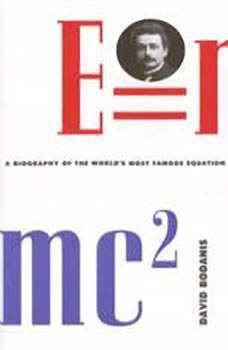 E=mc2: A Biography Of The World's Most Famous Equation

E=mc2 was born in 1905, the brainchild of Albert Einstein.

In this lucid and brilliant book, one of the best popularizers of science illuminates one of science's most complex concepts. Ranging widely from Exit signs in theatres to the future fate of the earth, from smoke detectors to black holes and the structure of the atom, David Bodanis delivers a scintillating and colourful account of the real meaning of E=mc2.