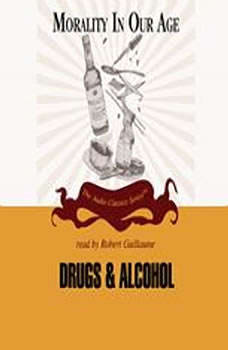 Drugs, a broad and vague term, usually refers to mindaltering chemicals that people ingest. But this covers a wide range, including medical prescriptions, legal stimulants (e.g. caffeine and tobacco), legal intoxicants (alcohol), and illegal intoxicants. Attitudes toward drugs are similarly variable. Wine is seen as both a religious sacrament and an unacceptable temptation; juvenile smoking can be seen as a premature imitation of adult behavior or as rebellion. Many currently legal drugs were banned when first introduced in various countries but the bans proved unenforceable. Consumers eventually have come to use less powerful (and more manageable) forms of tobacco, coffee, and alcohol. In the U.S., drugs of all kinds (including opiates) were legal and widely available until the 20th century, especially before the Harrison Narcotic Act of 1914. Prohibition of alcohol (1920 1933) was a failed Noble Experiment, with highly contested effects on lawlessness, health, and patterns of alcohol consumption. Prohibition also is a major source of lessons for later problems with illegal drugs. Marijuana, a member of the hemp family, has been grown as a source of fiber, and used as a medicine or intoxicant, since antiquity. Antimarijuana sentiment, and the belief that marijuana causes criminal behavior, led to the 1937 Marijuana Tax Act. The 1970 Comprehensive Drug Abuse Prevention & Control Act (a.k.a. the Controlled Substances Act) established a systematic and consolidated U.S. drug code, ranking drugs in five classes according to their potential for abuse, medical usefulness , and safety. Drugs also can be pharmacologically classified as stimulants, depressants, narcotics , or hallucinogens. Many people argue that drugs should be much more broadly legalized, with their use (and consequences) left to individual conscience and responsibility. But the consequences for health, lawlessness, and patterns of drug use are as highly disputed as they were for Prohibition. Much depends on whether the law is understood to be a description of ideal behavior or a minimal standard of conduct; whether law should protect people from themselves; and to what degree drugtaking causes or encourages criminal behavior.

Love and Sexuality
The Morality in Our Age Series