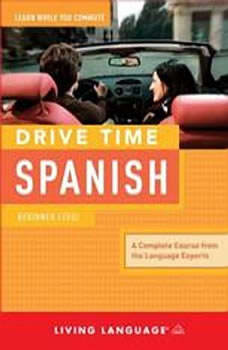 Learn Spanish while running errands, commuting or even while working out! This Spanish language course is easy and convenient in an all-audio format.

Drive Time Spanish is the easiest way to learn Spanish vocabulary, to learn Spanish grammar, to learn Spanish pronunciation, conversation and even Spanish culture — all without a book. The experts at Living Language have created a course that includes four hours of language lessons that you can use anywhere and anytime. Learn Spanish while you’re driving to work, taking a trip with the family, or even while jogging!