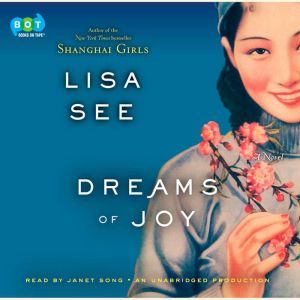 In her beloved New York Times bestsellers Snow Flower and the Secret Fan, Peony in Love, and, most recently, Shanghai Girls, Lisa See has brilliantly illuminated the potent bonds of mother love, romantic love, and love of country. Now, in her most powerful novel yet, she returns to these timeless themes, continuing the story of sisters Pearl and May from Shanghai Girls, and Pearl’s strong-willed nineteen-year-old daughter, Joy.

Reeling from newly uncovered family secrets, and anger at her mother and aunt for keeping them from her, Joy runs away to Shanghai in early 1957 to find her birth father—the artist Z.G. Li, with whom both May and Pearl were once in love. Dazzled by him, and blinded by idealism and defiance, Joy throws herself into the New Society of Red China, heedless of the dangers in the communist regime.

Devastated by Joy’s flight and terrified for her safety, Pearl is determined to save her daughter, no matter the personal cost. From the crowded city to remote villages, Pearl confronts old demons and almost insurmountable challenges as she follows Joy, hoping for reconciliation. Yet even as Joy’s and Pearl’s separate journeys converge, one of the most tragic episodes in China’s history threatens their very lives.

Acclaimed for her richly drawn characters and vivid storytelling, Lisa See once again renders a family challenged by tragedy and time, yet ultimately united by the resilience of love.