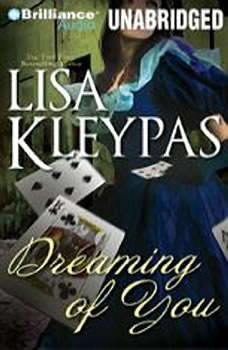 A prim, well-bred gentlewoman, Sara Fielding is a writer who puts pen to paper to create dreams. But now curiosity is luring her from the shelter of her country cottage into the dangerous world of Derek Craven – handsome, tough, and tenacious – and the most exciting man Sara has ever met. Derek rose from poverty to become the wealthy lord of London's most exclusive gambling house. And now duty demands that he allow Sara Fielding to enter his perilous realm of ever-shifting fortunes – with her impeccable manners and her infuriating innocence. But there is a hidden strength and sensuality to the lady that captivates him beyond his better judgment. And in this world, where danger lurks behind every shadow, even a proper “mouse” can be transformed into a breathtaking enchantress – and a cynical gambler can be shaken to his core by the power of passion and the promise of love.