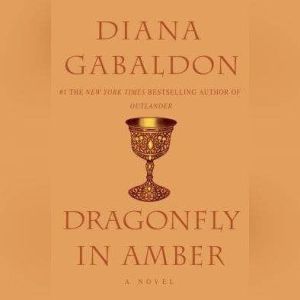 Dragonfly in Amber: Sequel to Outlander

New York Times bestselling author Diana Gabaldon enchanted scores of fans with Outlander, her electrifying historical saga set in 18th century Scotland. Now the sequel sweeps listeners back into the past as Claire relates more of her perilous sojourn there with her Scottish warrior husband, James Fraser. Twenty years after her strange journey back in time, Claire has returned to Scotland with her daughter, determined to share with her the secret she has harbored since her time travel. Still longing to know the fate of her beloved warrior, she recounts the story of her stay with him in the intrigue-ridden court of Charles Stuart and their attempt to avert the doomed Highlands uprising at Culloden. As her story unfolds, it reveals implications more far-reaching than even she could have guessed. Narrator Davina Porter’s gift for expression captures the history and flavor of a harsh place and time and gives it the polish of a warm and engaging love story. The length of this book is a plus, as listeners will find it one to be savored. Note: This is a two-part title. When taking advantage of specials such as the introductory offer, it counts as two books .

I usually listen to the book when driving only. This book is so fascinating, and the Narrator did such an awesome job, I was sad when I reached CD # 33. I look forward to the next part. I just don't understand why some parts are abridged. What is the purpose of reading only part of a book?

I loved this book... the Scottish history was facinating and te chracters so well developed, you felt as though you truly knew them. I was very impressed with the author. My only complaint was some of the scenes between Claire and Jamie were too graphic. I would have preferred to have more left unsaid in that respect...but the rest of it was so engaging. I am motivated to finish the series and see howt all turns out. 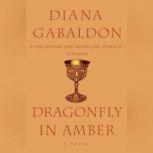