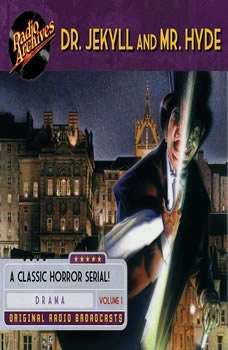 Dr. Jekyll and Mr. Hyde is just one of over 300 radio series and serials produced by George Edwards over the course of his twenty year career in radio. Telling Robert Louis Stevenson's classic tale of a man divided, this fifteen minute serial debuted in 1943, running for 52 episodes, and was produced by Edwards, a well-known Australian radio personality. The man behind other Australian series, such as Afloat with Henry Morgan and Adventures of Marco Polo lent not only his production skills to Jekyll and Hyde, but shared his amazing vocal talents as well. Edward' skill to do multiple voices in a single episode definitely fit the needs of Dr. Jekyll and Mr. Hyde.