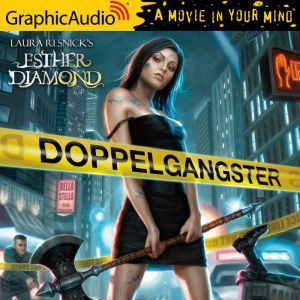 A struggling actress, a 350-year-old mage whose day job is protecting New York City from Evil, a skeptical cop—and double the number of wiseguys that there should be…. While working as a singing waitress in Little Italy, struggling actress Esther Diamond witnesses a mob hit. And right before getting whacked out, the victim tells her that he just saw his own doppio—a perfect double and a notorious portent of death. Before long, more doppelgangers start haunting New York's mobsters, who are subsequently getting bumped off in mysterious ways. Meanwhile, Esther's new love-interest, Detective Connor Lopez, gets transferred to the NYPD's organized crime unit and is assigned to investigate these hits. Determined to prevent the murder of more of her restaurant customers, which slayings will soon lead to a mob war, Esther tries to uncover the evil genius behind the deadly doppelgangsters. Along with a 350 -year-old sorcerer and an aging hit man, Esther delves deep into the world of wiseguys in pursuit of a ruthlessly mystical murderer. 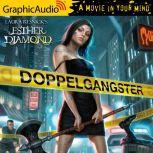 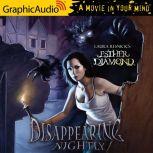 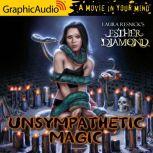