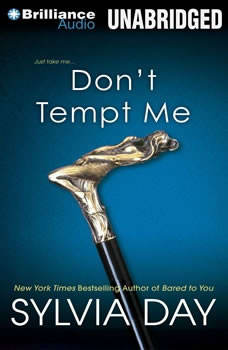 Sometimes temptation…A hardened mercenary as adept in bed as in battle, Simon Quinn can have any woman he wants, but he prefers those who know the rules of the game. That way it’s easier to leave them behind.…Can’t be avoidedBut Lysette Rousseau is one female he can’t figure out. Beautiful, sensual, seductive, she should be the perfect match for Simon, yet something about her ties him in knots. Bold and manipulative one time, sweetly innocent the next, she is an enigma bound to bring trouble…impossible to resist.Praise for Sylvia Day and her novels“Bared to You obliterates the competition…unique and unforgettable.” —Joyfully Reviewed“The undisputed mistress of tender, erotic romance.” —Teresa Medeiros“Boldly passionate, scorchingly sexy.” —Booklist on The Stranger I Married

This is the story about Simon who was introduced in Passion for the Game. Simon was going to quit his job at being a spy and go to Spain, however his boss tells him that he is needed regardless of what Simon wants. After his lost job of escorting Lysette out, even though prior, he has no attraction towards her even though she offered. He finds her at the ball just as Lynette sees him and is bold about her attraction towards him. Lynette is grieving for her identical twin whom she thought died. She finds out thru Simon that her sister is alive. Simon tries to find out what's going on with lysette and due to her past history to why she turned out to be an ***assin. I thought it was ok, was expecting more out of Simon rather than focusing on other plots. I was disappointed that there weren't much scenes with Simon and lynette. There's no reason behind why Lynette loves him. The writer should have developed theire relationshp further before she fell in love.